It was intended to be a classic Disney animated musical, with songs written by Sting. All animated films go through a trial-and-error process, but "The Emperor's New Groove" had a particularly rocky history.


Many of the development and production difficulties were filmed by Sting's wife, filmmaker Trudie Styler, in a documentary called "The Sweatbox. However, there are a few copies of "The Sweatbox" floating around on the Internet. I managed to get my hands on one, and I can say from experience, that it is one of the most enthralling and uncomfortable documentaries I have ever seen.

Styler captures the excitement of the creative team as they begin to put the pieces of "Kingdom of the Sun" together. Roger Allers is clearly devoted to the story. His eyes light up when he talks about the characters or a new idea that they've come up with. Lead character designer, Andreas Deja, swings his hips in front of a full-length mirror to inhabit the character of Yzma. But Styler also captures the confusion that seems to have plagued the project from its inception. Only a few minutes into the documentary, Sting reveals that he's writing songs based mostly on hearsay and that he's not sure what's going on with the actual film.

However, the creatives soon assemble a work print out of storyboards and pencil tests to screen for the executives in the eponymous sweatbox. The sweatbox is a screening room at the Walt Disney animation studio in Burbank, named for the original screening room, which was a wooden shack with no air conditioning, but also for the anxiety such screenings provoked.

The reaction of the execs could make or break a film. Sting wrote several fun pop songs for the film's score spent over a year animated this very funny little character before Disney dropped it from the movie. As Disney edited together work-in-progress versions of " Kingdom, " It became obvious that a talented team were doing lots of good work on the project. But it became obvious that Allers was clueless as to how to fix the film. Disney Feature Animation head Peter Schneider and Thomas Schumacher then stepped in and quietly shut down work on the project.

For six months starting in the summer of '98 , production was shut down on " Kingdom. Which that they realized that " Rhapsody " would be a perfect last minute addition to " Fantasia So much for pointless trivia! Finally tired of waiting for the film's story to be fixed, several of " Kingdom " 's original animators opted to bail out of the troubled project.

Chief among these was Andreas Deja, the original animator of Yzma. Though it's said that he did some of his best work ever with the evil sorceress, Deja had had enough with " Kingdom " 's never-ending story problems. Frustrated by Aller's inability to fix the film, Andreas opted to get out of town. Here, Andreas is currently working as the lead animator on Lilo, the little girl heroine of Disney's forthcoming animated feature, " Lilo and Stitch.

So, virtually everything else left over from the previous incarnation of the film was tossed out. Gone was the " The Prince and the Pauper " under-structure, as well as Yzma's lassoing-the-sun scheme. Owen Wilson's look-alike llama herder had never been much of a foil for Spade's comic prince character. So, Wilson's character that now drove the story. The new script for " Kingdom " goes as follows : When the sun reaches its apex on his 18th birthday, snooty prince Kuzco will ascend the throne of the Aztec empire.

On that day, his aged aunt Yzma must step down. Trouble is, Yzma doesn't want to step down. She wants to continue holding power. So Yzma conspires with her well-meaning-if-dim-witted henchman, Kronk Voiced by Patrick Warburton, best known for his work as Puddy on " Seinfeld " , to do the young prince in.

Add To Broadway- The Emperor's Kingdom in the Sun

So, as the prince's birthday nears, Yzma invites her nephew to dinner one night. During the meal, Kronk is supposed to serve the prince a potion that will poison him. But he accidentally serves Kuzco a potion that doesn't kill him but turns him into a llama. Trying to make the best of their botched plan, Ymza and Kronk then brain the enchanted prince with a vase. Thinking they've killed Kuzco, they quickly dispose of the body by throwing the limp llama onto the back of the cart of a peasant who's heading out of town.

The next morning, the enchanted prince comes to in the back of the cart. He finds himself, miles from home and at the mercy of the cart's owner he's going to put this lazy talking llama to work Meanwhile, with the coronation day approaching, Yzma and Kronk put out the word that Prince Kuzco has disappeared. Their story is that the young prince told them that he wasn't up to the challenge of leading a kingdom, so Kuzco fled in shame.

Yzma says that she hopes someday that the prince will change his mind and return. Til then, she will be happy to stay on the throne and rule.

Back out in the countryside, Kuzco learns the value of hard work. He notices that Paucho and his friends are good, kind hearted people who deserve a great leader. 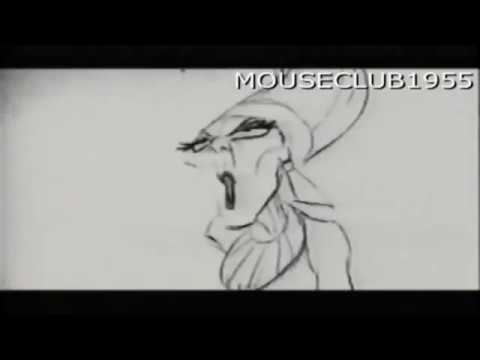 Humbled by his experience, Kuzco vows to become a good king. Knowing that the prince has finally learned his lesson, Paucho now offers to take Kuzco back to the city where they hope to find someone to break the spell. Meanwhile, word comes to the palace that a talking llama has been sighted in the countryside. Yzma and Kronk realize that Kuzco must be still be alive. So they send soldiers from the city to go capture the bewitched creature And then Some of these commenters have not tast.

Sure TENG was an hilarious movie. It's missing lots of magic that makes a Disney movie a Classic. Plus lots of peoples hard work wouldn't have gone to waste. Pitifull really, that we may never get to see this movie in action. We even attempted to write to an email address provided at the Disney official website but only received some crappy auto-response that did not answer the inquiry. While this version of the Pacha character is intriguing I very much enjoyed 'The Emperor's New Groove' and the idea of a selfish emperor who received a very much needed attitude adjustment. And honestly I actually would have preferred to see Kuzco with a love interest if either.

Such intense darkness her storyline appears to have had. The reduction from that to a simple grudge over being banished is pretty lame. Personally though I don't see why they couldn't have made both films as they are both significantly different from each other. Post a Comment. More Fun? MousePlanet has an interesting article about a documentary made about the making of "The Emperor's New Groove" that focuses all the way back to when it was originally called "The Kingdom of the Sun".

There's no way we're going to find out if it was better, although it is my belief it probably would have since TENG is one of my least favorite Disney films, but one thing is sure The 87 minute documentary was known as "The Sweatbox" and unfortunately is not available for viewing. It sounds like a literal example of how to let Suits screw up a story. How was it different than "The Emperor's New Groove"? I'll let Wade Sampson describe it: "Pacha, the peasant llama herder, was not a heavyset middle-aged married man but a carefree, good-hearted year-old who was a dead ringer for Emperor Manco.

In the final version, the character is renamed Kuzco following Fullmer's horrified discovery of the Japanese slang term "omanco" that politely translates into the word "vagina. Sting wrote "Walk the Llama Llama" that Pacha was to sing as he led his trio of llamas down the mountainside and into the marketplace. There was concern that Hartley's clever lyrics were too sophisticated for an unsophisticated peasant boy who would never use words and phrases like "panorama" and "the perfect fashion statement.

Unfortunately, a sorceress named Yzma who has her own agenda turns Manco into a llama who cannot talk so Pacha must continue the masquerade.

Kingdom of the Sun

The situation becomes more complicated when Manco's betroved, the handmaiden Nina, finds the arrogant and haughty emperor is now kind and funny. She finds herself drawn to the seemingly transformed emperor. Pacha also finds himself falling in love with Nina even though she is promised to the emperor. Sting wrote "One Day She'll Love Me" that was to appear midway through the movie where Pacha and Nina are at a party at the palace and the two teens fight their growing attraction to one another.

Yzma had once been an incredible beauty in the Incan royal court. However, time and the sun have cruelly robbed her of her good looks. Yzma begins dabbling in the dark arts in an attempt to revive her beauty although she firmly believes it is the sun that has robbed her of her beauty. She wants to snuff out all light on earth by unleashing the demon, Supai who is a force of darkness, to block out the sun.

In a world locked in perpetual darkness, Yzma feels that her great beauty will finally be restored. There's more. Go over to MousePlanet and give it a look. Also for your perusal is an older article about "The Sweatbox" over in the Fox News archives.